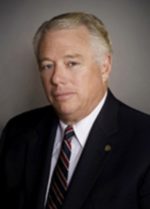 Kevin founded the Geenty Group, Realtors in 1986 after more than 30 years of pursuing a multifaceted real estate career, which included: Sales and Management Positions with National Real Estate Developers from Maine to Florida to Wisconsin; fifteen years as an Industrial Associate with The H. Pearce Company Realtors, and a brief stint as the Manager of Pearce’s Residential Real Estate Department.
He is the recipient of many awards in addition to The Geenty Group, Realtors’, Multi-Million Dollar Sales Club. In 2000 he was honored to be the recipient of “Business New Haven’s Community Service Award” where his continuous involvement with Realtor organizations and activism throughout his career was recognized. He was the Membership Chairman, Board of Directors of the Connecticut Commercial Investment

His experience extends to Real Estate Appraisal. He has authored many articles for business trades and has testified before the Superior Court in the State of CT about Residential, Industrial and Commercial Real Estate Valuation as well as marketing Practices. Kevin takes great pride in his involvement with S.I.O.R. over the past Twenty years and served as the President of the Connecticut Chapter of S.I.O.R. in 1993 & 1994 (for S.I.O.R. information see the FAQ ).